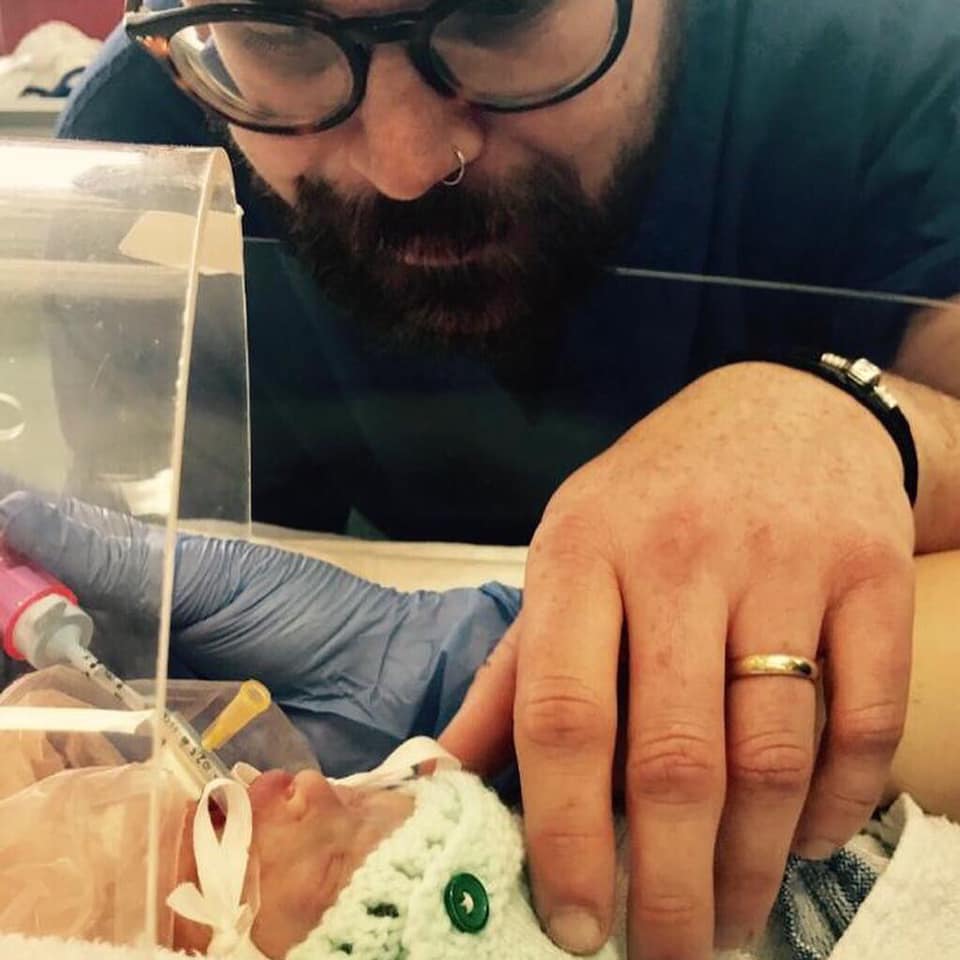 Continuing on with NICU Awareness Month today we are focusing on NICU Dads.
Here’s David’s Story 💛
A friend of mine said what you’re going through will soon be a distant memory. At the time I couldn’t focus on anything other than the moment I was in.
Now, 3 years on, it does seem a little distant. But the memories will never leave. And to be honest, I don’t want them to. From the first moment I saw Nova my whole world changed. Laying there in all I could describe as an oven roasting bag with tubes and wires everywhere was our beautiful 25weeker daughter.
The happy ‘Dad Life’ didn’t start as normal as you see everywhere. But what is normal? My Dad Life has been amazing, the things I saw in the TMBU over the 95 days have been real eye openers. My mental state was tested immensely and it was difficult to know what to say, how to act, what to feel.
It’s drummed into us by society that as a Dad you need to be the leader, to stand strong and keep the family unit together. In times like this it’s even harder. You just want to break down and ask other Dads how they are. But you feel nervous and scared, you don’t want to look weak to the other ‘Alphas’. Then you think. No, this isn’t a wildlife documentary, this is life, we are all emotional and we need to pull together to get through tough times. It took me a while to start talking to the other Dads on the unit but when I did a huge weight was lifted. I urge any Dad who is going through this to just say hello to the others! You’re being strong for your partners and you’re probably hiding your emotions to look strong in front of them. But don’t, just let it out and talk. Cry with the other Dads there, the word beer helps. It’s a good icebreaker. Fancy a beer?
Being a Dad is an incredible feeling. Being a Dad of a preemie is special. They say tough times are given to those that are built to handle them. It sounds weird, but I think it’s a gift.