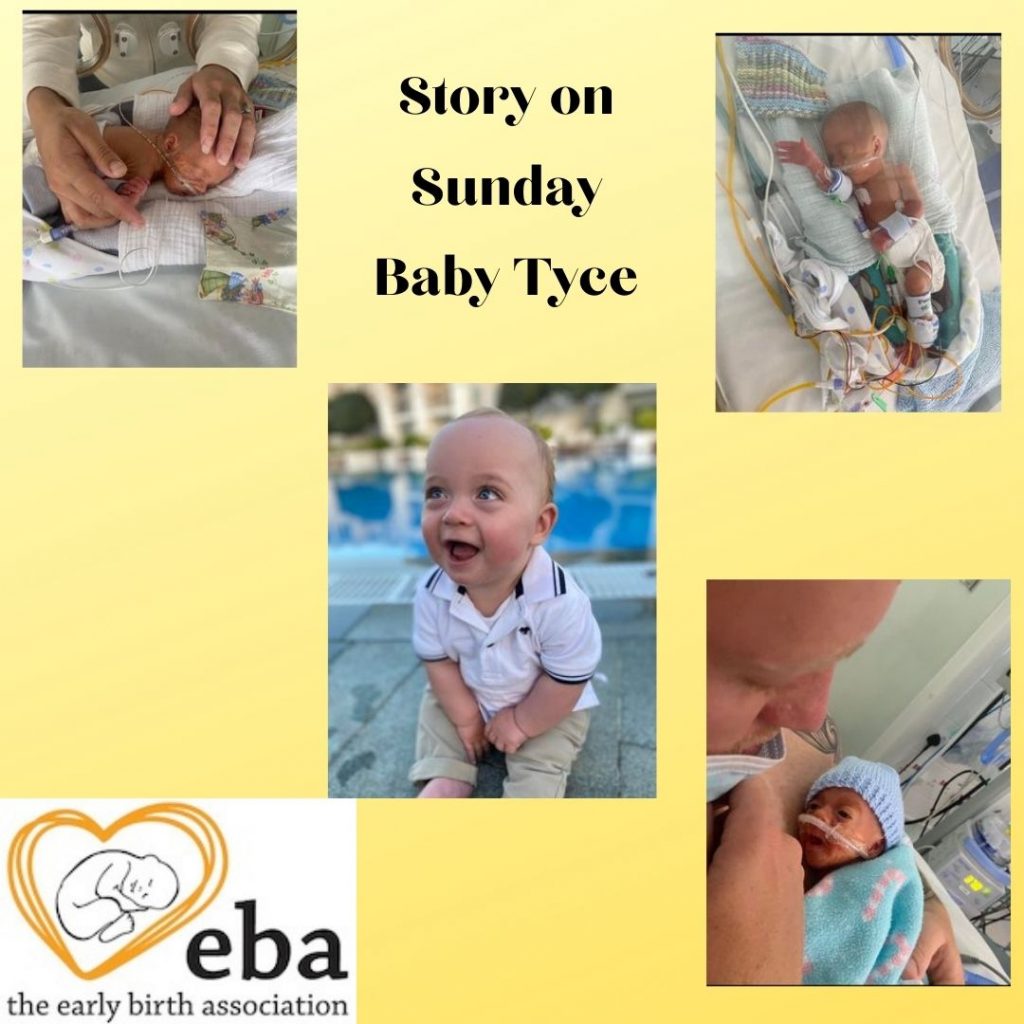 Story on Sunday – Thank you to Natalie and Gaz who have shared their story of when their baby boy Tyce was born prematurely at The Conquest hospital in Hastings and transferred to the Trevor Mann Baby Unit in Brighton. Natalie and Gaz are also doing some amazing fundraising events for us soon. With a group of friends they are doing a 3 marathons in a day sponsorship challenge and also holding a fundraising event on 19th June! To find out more please visit their JustGiving page, where they have raised a phenomenal £1820 for the EBA already!  Thank you so much to Natalie, Gaz and everyone who is participating.

Gaz, Tyce’s Dad, tells the story of when his son was born 12 weeks early:

“We found out Natalie was in premature labour and there was nothing the doctors could do to slow it down or stop it we were panic stricken. We had no idea what this meant for Tyce at 28 weeks gestation, what the odds were of survival or any inherent complications that come with prematurity. After the emergency C section Tyce was quickly whisked off to the Trevor Mann baby unit in Brighton hospital once he was stable in his travel incubator. With Natalie coming round from a serious operation and unable to stand, in a unit full of mothers with their new babies we didn’t know wether we were coming or going or if our precious boy was ok. We were given the telephone number to the TMBU and told we could call anytime, which we did, all of the time in fact. We first spoke with a nurse called Hannah who informed us of Tyce’s condition, she was really informative and re assuring and encouraged us to call as much as we wanted.

As soon as Natalie could stand she was taken to Brighton as an inpatient to recover so that we could be near Tyce. We went to see him and met Jonathon who told us all about Tyce’s condition, we were able to touch him gently and were provided with comfortable nursing chairs and small fabric squares that we could wear throughout the day so that Tyce could get used to our scents. All of the staff, doctors and nurses were amazing, supportive, compassionate and understanding to our position. They encouraged us to help care for Tyce as much as possible, giving his medication, feeding him through his tube and changing his nappies which helped to make the most abnormal birth as normal as possible. When we left the unit to rest for the night the staff made sure to send us phots and updates of what Tyce had been unto while we weren’t there through VCreate. Our journey was up and down and at times very scary, but we were nothing but supported by the team around us. We couldn’t be more indebted and grateful for the care our son received in the 8 weeks he was in the TMBU!” 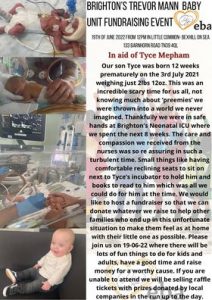