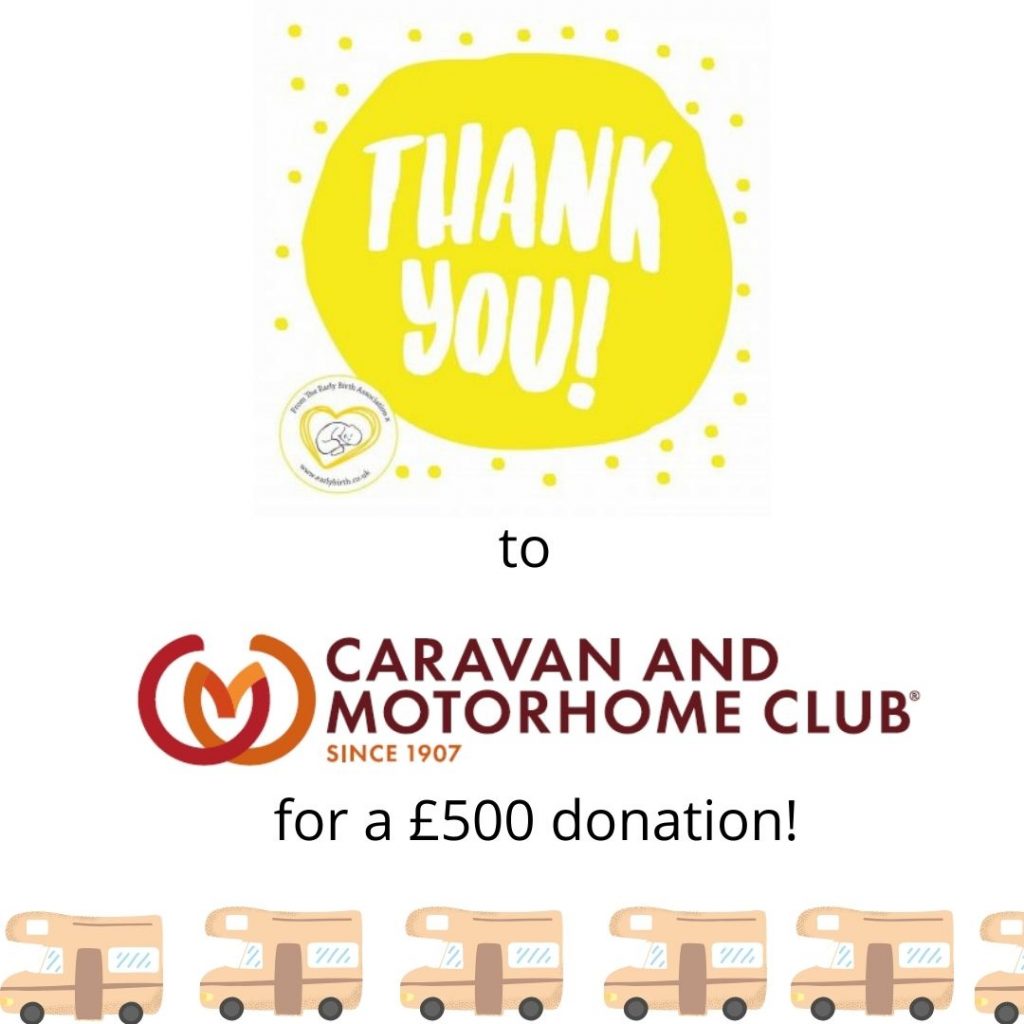 Fundraising Friday! 🤗
We would like to give say a huge thank you to the Caravan and Motorhome club in East Grinstead for donating £500 to The EBA, which is the amount they would have normally spent on Christmas cards and postage. Several years ago they decided to stop sending cards and donate the money to charity instead – a wonderful example of Christmas giving. We were nominated by one of their staff members, Matt Morgan, whose son Finlay was treated in TMBU. Thank you so much to Matt for nominating us, and for all the staff who voted for our charity. This donation will help us to continue our work to make a positive difference on the baby units. 💛
Matt says:
“Our son Finlay was born at 32 weeks after what was meant to be a routine scan discovered complications that meant he needed to be delivered as soon as possible. Finlay spent 10 days in TMBU with 7 of those in the neonatal ICU on a ventilator while his lungs became strong enough to breathe independently and to recover from his pneumothoraxes. He was then transferred to SCBU at PRH for another 3 weeks to gain weight, strengthen up and learn to feed normally rather than through a nasogastric tube.
Not only do the EBA raise money for vital life-saving equipment on the units they also make it just that little bit more comfortable for parents by supplying tea, coffee and biscuits and also the opportunity to talk about their experiences.
We’re forever grateful to the staff both at TMBU and SCBU for looking after Finlay. He’s now 8 months old and doing well. ”
Thank you for your kind words Matt and sharing the photos of your beautiful boy Finlay. We are so pleased we were able to support you when he was in hospital and it’s lovely to hear he’s doing so well now. ☺️💞 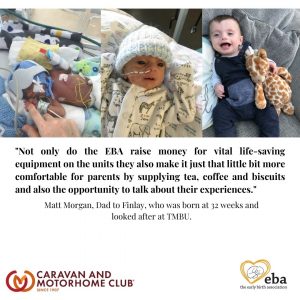