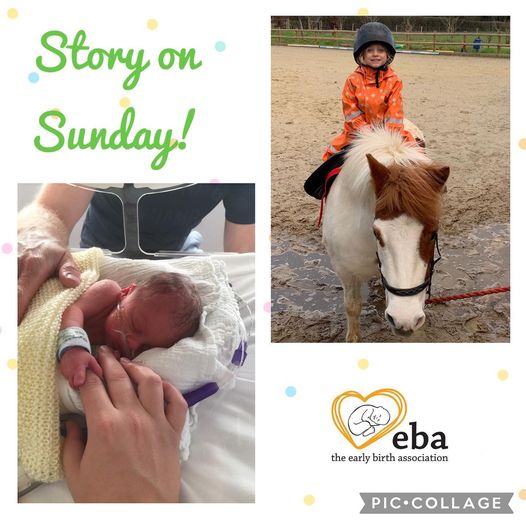 Story on Sunday! 🤩
This is the baby story for Hettie, our Committee Member Charlotte’s Daughter.
Charlotte says “On the night of the 30th August 2018, following a normal day and an uneventful pregnancy, I went into labour more than 9 weeks early.
I was given injections to delay my labour, so that I could have a series of steroids to help the baby’s lung development. As we had some time to prepare, the midwives arranged for us visit the Trevor Mann unit for a tour in advance of the baby’s arrival. The team on the unit were very kind and talked us through what to expect, showing us the three nurseries, the different incubators & equipment and explaining some of the possible different scenarios of having a premature baby. It was a very overwhelming experience, which left us emotional but reassured and gave us some insight into the reality of what was to come.
Six days later, after lots of starting and stopping of contractions, our beautiful daughter Henrietta arrived naturally, weighing 3lb 8. Hettie was immediately whisked up to nursery one, where she was checked, wired up and given a spot by the window. Nothing can prepare you for meeting your baby for the first time in an incubator, but I felt calm and safe knowing what we had learnt on our visit before she was born. Hettie was fortunate to be early but healthy, so it was now a matter of being patient, as she wouldn’t be able to leave TMBU until we had established feeding and she wouldn’t be able to begin feeding until she was at least 34 weeks old.
Three weeks and a day after she was born we were signed off to go home. Those three weeks were the most emotional and challenging of my life, having to leave the most precious thing in the world to you, in the care of other people is not easy, but we couldn’t have been looked after by a better team. We can’t thank the team at the Trevor Mann enough for all they did for us.