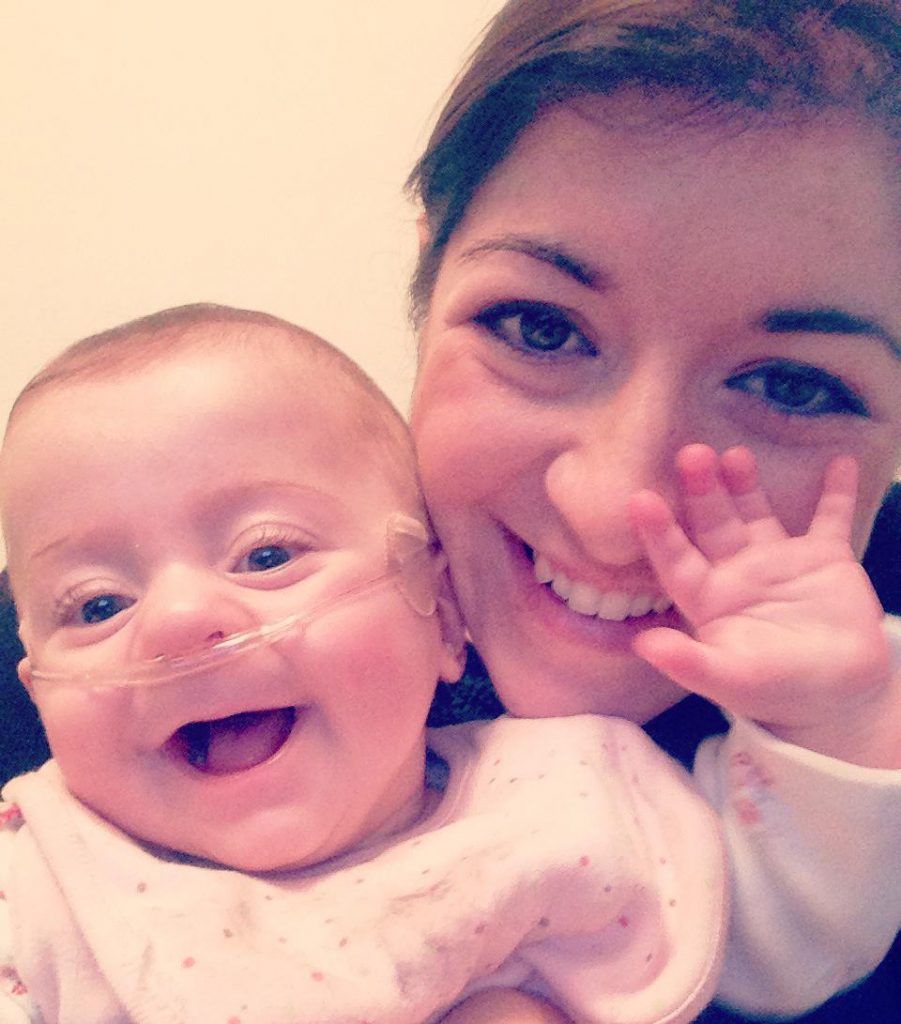 This evening we want to share a piece written by our committee member Jemma Roberts about her beautiful daughter Tilly. Thank you to Jemma for finding the courage to share her story.

***Some may find this distressing so this post comes with a trigger warning, please read at your own discretion.**

Tilly spent 143 days in the Trevor Mann Baby Unit – it was an absolute emotional rollercoaster, but she was a strong girl and we got to take her home on 20th June 2014.

We had Tilly at home for 6.5 months, which was wonderful, but at times also worrying – especially as she came home on oxygen and we knew her lungs were not as strong as a baby that would have been born full-term.

Unfortunately, due to Tilly’s lungs still being extremely vulnerable, when she picked up a respiratory bug in January she became very poorly and was rushed up to London to the PICU at the Evelina Children’s Hospital.  Tilly was put on ECMO (Extracorporeal Membrane Oxygenation) a few days after her admission and was transferred from the Evelina to Great Ormond Street a few days after that. ECMO was a very frightening treatment to see Tilly go through, but we were told that this was her only option to try and save her.  Thankfully Tilly was able to fight and came off ECMO a couple of weeks later.

Tilly spent the next 10 months in various PICU’s and The Royal Alexandra Children’s Hospital – again, we went from Brighton to London and back again a few times.  We were lucky to be able to take her to Brighton beach, the pier, and for some lovely sunny walks along the seafront to make some beautiful memories.

Unfortunately in September 2015, she picked up another virus and she was transferred to Southampton PICU.  Tilly had some other serious complications, meaning she had to go through major bowel surgery & because her lungs were so badly damaged from all the viruses she had picked up, she didn’t recover and one of the Consultants told us that we would need to have an honest conversation about Tilly’s condition. That was a conversation that you never want to have.

We could see that Tilly was just so tired, she had received all types of treatment possible, but she had just had enough and had no more energy to go on.  After conversations with the Consultants and calling our families down to Southampton to discuss her condition with them, we had to make the most difficult decision to let Tilly go & she sadly passed away on 1st November 2015 in our arms.

We had been through a totally surreal journey with her – there were times of utter despair and times of great relief and happiness; however nothing can ever prepare you for having to make that decision to let your little girl go.  For me, it just did not feel real, but I knew after talking with my husband that we were making the right decision for Tilly.  Another difficult thing was that it wasn’t just us losing her, our families and friends who had fallen in love with her were also having to process this. I will never forget those first conversations I had when I made the phone calls to our friends and hearing their reactions to the news that Tilly had passed away.

Even now, 5 years after Tilly passing away, I don’t think it really gets much easier – we have just had to learn to live with it. There are some days, weeks & months that are particularly tough – when we are coming up to an anniversary or her birthday for example.  But there are also some days when we can sit back & smile at the good times we shared with Tilly.

I am so lucky that I have an amazing network of friends and family that I can openly talk to – they often check-in on us to make sure we are ok. I have also met other parents who have been through this – they are the only ones who can truly understand how you feel and although it may be difficult to talk about it, it does help to understand that others feel the same as you and that you are not alone.

One other thing I have found comfort in, is raising money for the units that worked so hard to keep Tilly here with us for as long as possible.  It feels like I am giving something back, but also helping other families going through similar situations.  I also like to know that Tilly is still being thought of and that she will never be forgotten – this brings me happiness that people know about her, even those that didn’t get to meet her when she was alive.”

For further information on bereavement support available for you and your family, whenever you need it please visit www.babyloss-awareness.org 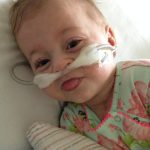 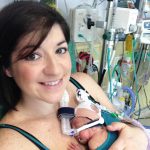 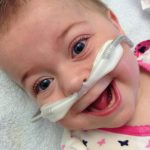