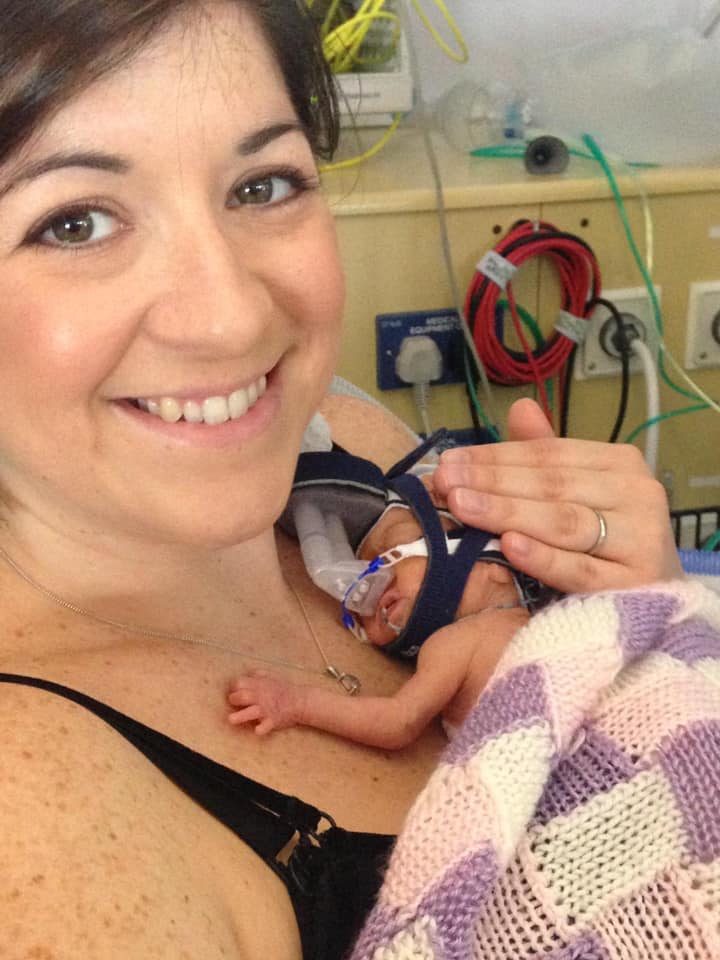 July is Bereaved Parents Awareness Month and we wanted to share over the coming days some incredibly brave parents stories.
These are parents who lost their little ones before and after child birth.

We thank you for having the courage to share your stories.

***Some may find this distressing so this post comes with a trigger warning, please read at your own discretion.***

This is our amazing committee member Jemma’s story.

Our daughter Tilly was born on 28th January 2014 at 24+5 weeks & weighed just 360 grams (under 13oz).
Tilly spent 143 days in hospital, in both the Trevor Mann Baby Unit & Special Care Baby Unit, before finally going home on 20th June 2014. We spent a wonderful 6.5 months at home with her, but due to her lungs still being extremely vulnerable, when she picked up a respiratory bug in January, she became very poorly and was rushed up to London to the PICU at the Evelina Children’s Hospital.

In September 2015, she picked up another virus and was transferred to Southampton PICU. Tilly had some other serious complications, meaning she had to go through major bowel surgery & because her lungs were so badly damaged from all the bugs she had picked up, she didn’t recover and the Consultant had that dreaded conversation with us. Tilly was just so tired, she had received all types of treatment possible, but she had just had enough and had no more energy to go on. After conversations with the Consultants and calling our families down to Southampton, we had to make the most difficult decision to let Tilly go & she sadly passed away on 1st November 2015 in our arms.

We had been through a totally surreal journey with her – there were times of utter despair and times of great relief; however nothing can ever prepare you for having to make that decision to let your little girl go. For me, it just did not feel real, but I knew that we were making the right decision for Tilly. Another difficult thing was that it wasn’t just us losing her, our families and friends who had fallen in love with her were also having to process this.

Even now, 5.5 years after Tilly passing away, I don’t think it really gets much easier – I have just had to learn to live with it. There are of course some really tough days, weeks & months, but also some days when we can sit back, smile & laugh at the good times we shared with Tilly.

I didn’t have any counselling for more than 4 years after Tilly passed away, but it got to a stage where everything got on top of me and I really struggled day to day with being happy and being able to process everything that had happened. The counselling helped hugely.

I am so lucky that I have an amazing network of friends and family that I can openly talk to; however there are definitely still things that I can’t talk to people close to me about, which is where the counselling has helped massively.

I have also met others who have been through this – they are the only ones who can truly understand how you feel and although it may be difficult to talk about it, it does help to let the emotions out and talk it through.One other thing I have found comfort in, is raising money for the units that worked so hard to keep Tilly here with us for as long as possible. It feels like I am giving something back, but also helping other families going through similar situations. I also like to think Tilly is still being thought of and that she will never be forgotten – this brings me happiness that people know about her, even those that didn’t get to meet her when she was alive.

If you need to support for Babyloss you can visit Tommy’s website www.tommys.org
or you can contact SANDS. The telephone helpline is free to call from landlines and mobiles on 0808 164 3332. The team are available to speak to from 9.30am to 5.30pm Monday to Friday and 9.30am to 9.30pm Tuesday and Thursday evenings. 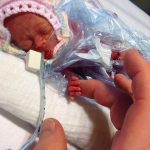 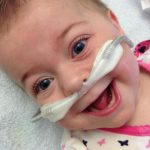