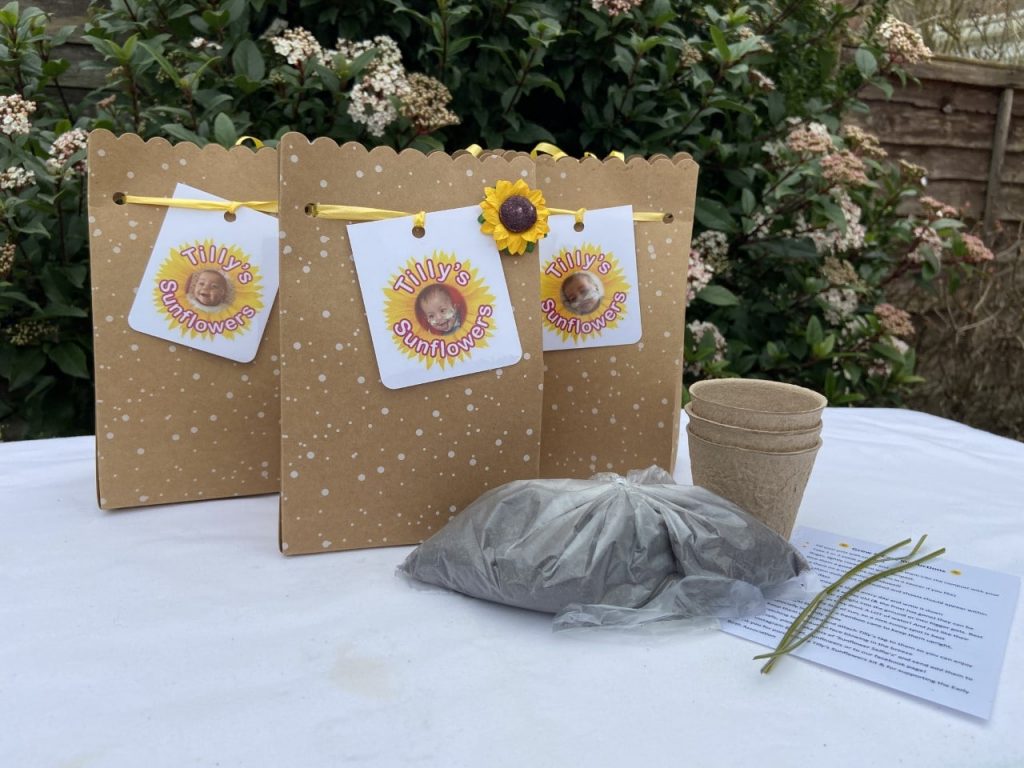 Our committee member Jemma is selling these beautiful grow your own Tilly’s Sunflower kits to raise money for the Early Birth Association and in memory of her daughter Tilly. Packs are £3 each, postage is £3 for up to 6 kits, and £5 for 6 kits or more. To purchase your kits please check out the Tilly’s Sunflowers instagram and facebook pages and place your orders now!  The kits can be posted to you, or if you are local to Haywards Heath they can be collected directly from Jemma. What better way to spend time with your children than to plant sunflower seeds, nurture them and watch them grow strong and bright?

Tilly spent 143 days in hospital, in both the TMBU and SCBU, before going home on 20th June 2014.  She spent a wonderful 6.5 months at home, but due to her lungs still being extremely vulnerable, when she picked up a respiratory bug in January 2015, she became very poorly and was rushed up to London to the PICU at the Evelina Children’s Hospital. Tilly spent the next 10 months in various PICU’s and The Royal Alexandra Children’s Hospital in Brighton.

In September 2015, she picked up another virus and was transferred to Southampton PICU.  Tilly had some other serious complications, meaning she had to go through major bowel surgery & because her lungs were so badly damaged from all the bugs she had picked up, she didn’t recover and Tilly sadly passed away on 1st November 2015 in our arms.

We are selling these kits in memory of Tilly, but also to raise funds for the hugely deserving EBA.

The sunflower kits have raised over £3,300 for 2 charities since they were launched in 2016 and Jemma would love to reach at least £4,000 after this years’ sales!

Thank you for your support as always and let’s help Jemma smash that target!