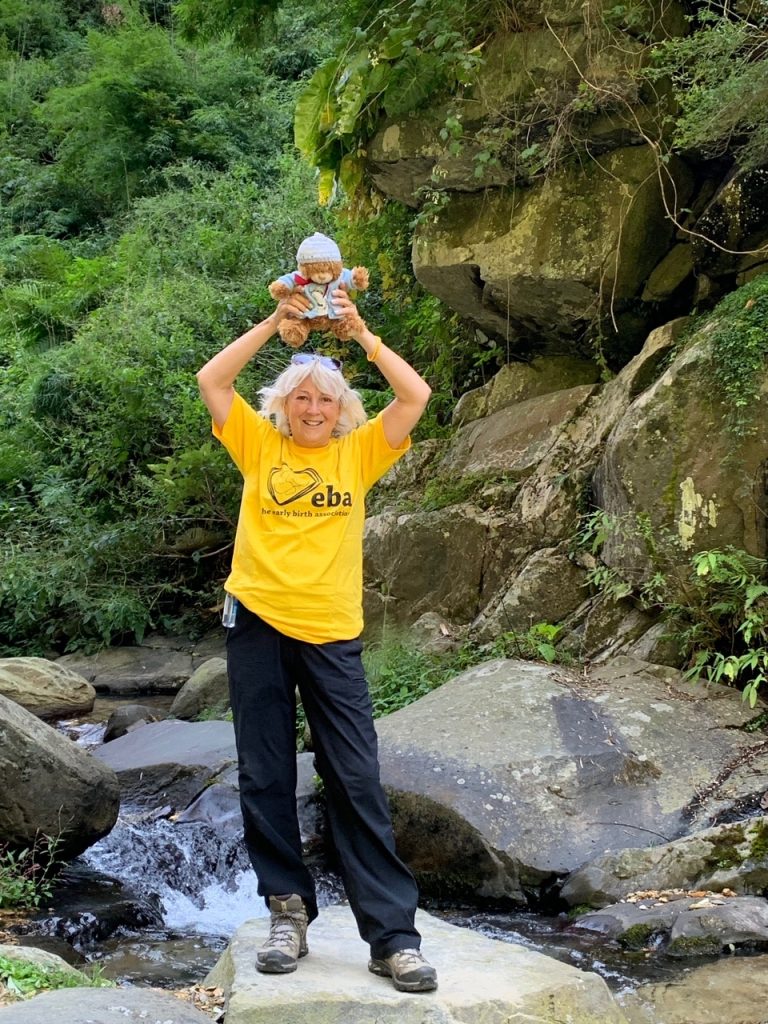 This is Trevor and I have recently returned from a trek in the Himalayas with Dianne. As you can imagine it was quite tough and very high, so Dianne helped by strapping me to the front of her as you will see in some of the pictures.

The terrain was very rocky in some places and we had to clamber through bushes and over some very high rocks. We were very lucky with the weather on our five trekking days as the sun shone almost non stop, though one day there was thunder, lightening and pouring rain, I hid in Dianne’s bag that day!! We walked about twenty kilometres a day which was quite tiring, but we all chatted a lot and I made some new friends.

Besides travelling all the way to Delhi on an aeroplane, I went on a sleeper train to a place called Chakki Bank and back again a week later, that was different! I also travelled at times in some very fast in cars up and down mountains which was very scary !!

To date with Dianne’s help we have managed to raise £1745.00 for the Early Birth Association. Dianne wanted to do this because of her granddaughter Wren who spent three and a half months in hospital of which ten weeks was in the Trevor Mann Baby Unit after being born twelve weeks early and having various complications which requires emergency surgery. She is now a thriving 20month toddler! This charity has become very close to Dianne’s heart as they are vital in supporting TMBU who saved Wren’s life!

To find out more about Dianne and Wren’s story, or to make a donation, please visit her Justgiving page.

Please contact us if you’d like Trevor to join you on your travels, and take a look at his JustGiving page for details of his previous adventures. 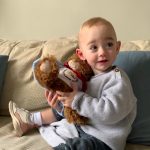 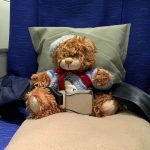 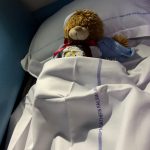 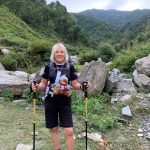 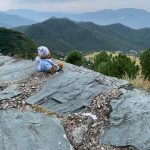 Having a rest after a very steep climb 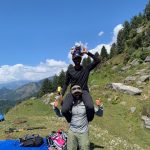 Having some fun with the guides 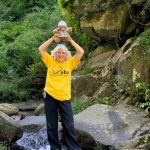 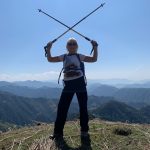 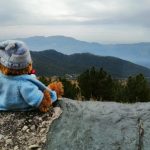 Going to miss this view 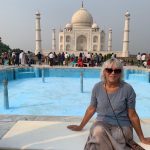 Dianne at The Taj Mahal, unfortunately no bears allowed 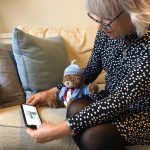 Reminiscing once we were home