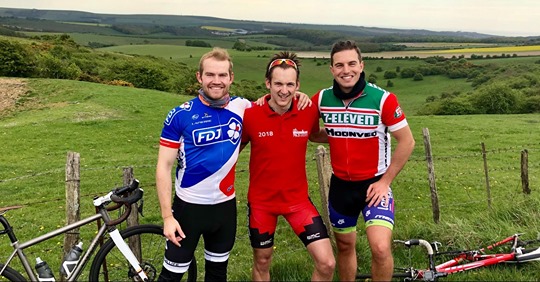 Rob Fenwick, Alex Lord and Jamie Tyson from First Central will be setting off on 16th June to try and achieve “The fastest journey from Lands End to John O’Groats by triplet bicycle”.
Departing from Land’s End in the south west corner of Cornwall, arriving in John O’Groats in the north east corner of Scotland 🏴󠁧󠁢󠁳󠁣󠁴󠁿
They’re hoping to break the world Record, which stands at 6 days, 13 hours and 30 mins!

The lads are hoping to raise at least £3k to split between 3 different charities:
EBA
NSPCC
The Lords Taverners

If you’d like to donate please visit their fundraising page.